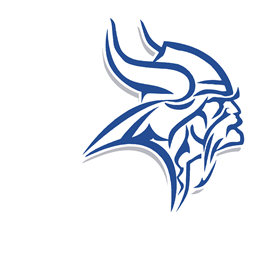 Students recently gave the bare walls of the AP Psychology room a splash of color.  During midterm week, the Art Honor Society painted a mural in room B20.  The mural spans the majority of the back wall, and its focal point is a multi-colored brain.

Members of the Art Honor Society submitted designs for the mural and voted on a final plan, which was then painted on the wall.

“The mural took a total of two days with the help of the club,” said junior Carolyn Rybecky, who led the mural project with junior Alexandra Zweiner.  “I am really pleased with how the mural turned out.  We wanted to create a mural that not only was visually appealing but also useful for the classes.”

“Ms. Byrne and I were given a room especially for AP Psych this year, and we were really excited about it,” said Mr. Schultz.  “However, all the walls were white and it, ironically, resembled a mental institution, so we thought we would dazzle it up a bit.”

Also, there is now a bulletin board accompanying the mural, with the names of the students who score a five on their AP Psychology test.

“I think it’s really well done.  I’m part of a psych class and I think it makes the classroom look a lot nicer,” said sophomore Ashley Meyer.  “I love it, and I think it does benefit the classes in that room.  It makes me want to work harder.”

Mr. Schultz and Ms. Byrne also sent out a picture of the mural to several eminent psychologists.

“Out of the seven top researchers in their psychological fields, three are still alive.  And we sent a picture of this mural to all three of them, and two responded: Dr. Philip Zimbardo and Dr. Albert Bandura.  So we thought that was really cool,” said Mr. Schultz

The Art Honor Society strives to paint a new mural each year.  Each mural comes with its own challenges.

“The Art Honor Society tries to beautify our school with art murals at least once a year,” said Ms. Best.  “Last year it was the mural in the cafeteria and this year we hope to do more than just this one.  The club members were very willing to help.  I think the most difficult part of the mural was planning the colors that we would paint the image with.  It’s great, and it’s colorful, which is lovely, because this way it can be a visual form to the concepts and ideas in psychology.”

“Spending time with the club members and leaving our mark on the school was a great experience.  It’s fun to think that after I graduate I have something left behind for others to enjoy,” said Rybecky.

“The results were outstanding,” said Mr. Schultz, “Carrie Rybecky and Alexandra Zweiner did an absolutely beautiful job.  The wall is informative, accurate, and relevant, and it adds to the class environment and to the students’ experience.  Students refer to the wall, and even I occasionally refer to the wall.  It has an official name now: the Psychology Wall of Fame.”